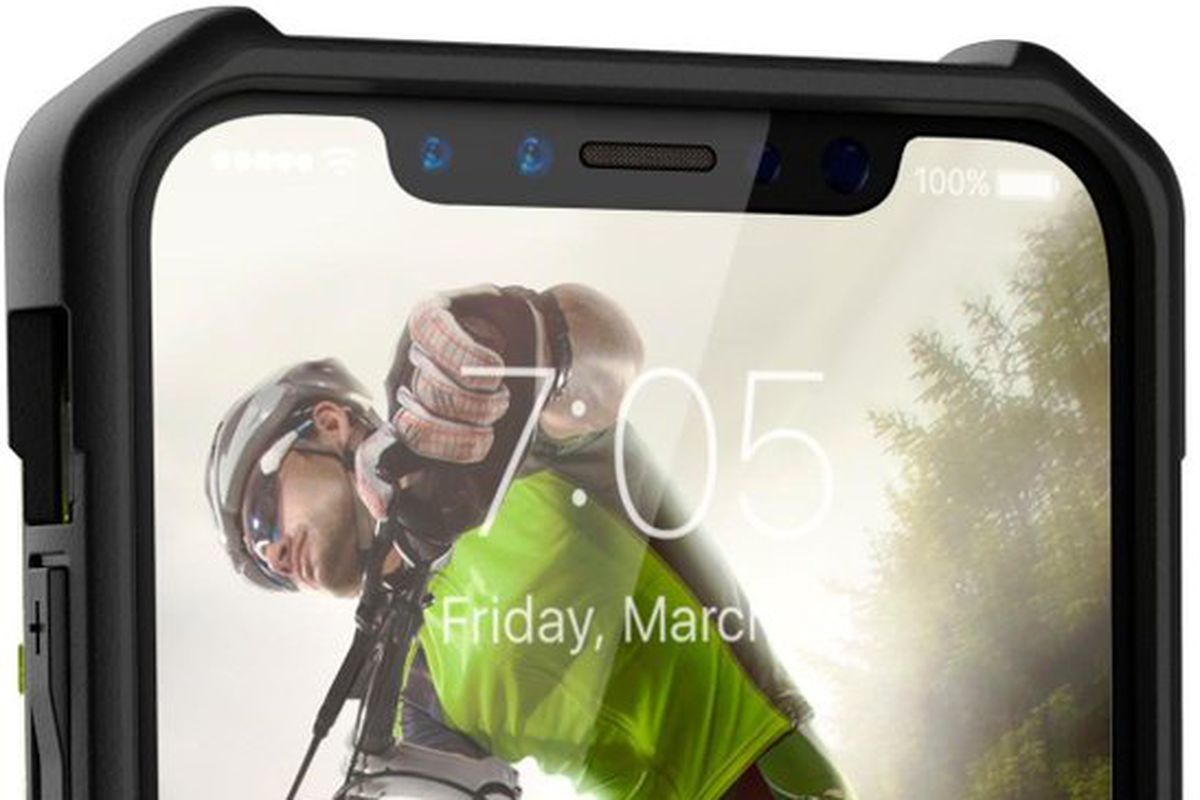 One of the fascinating aspects of this year’s iPhone rumor mill has been the uncertainty generated by conflicting rumors about exactly how the next phone will take shape, though many of those doubts are starting to dissipate now. A new image, freshly posted by Evan Blass, gives us a good view of what the screen-dominated front of the expected iPhone 8 will look like. There’s the now-familiar wedge at the top to accommodate the earpiece, front-facing camera and sensors, and then just a big old expanse of display.

The device is framed inside a big and chunky case from Urban Armor Gear, a company that has the same case for the existing iPhone 7 devices. The March date on the screen might suggest that it’s an old render and not strictly representative of Apple’s latest or final design, however Bloomberg’s Mark Gurman, who is famous for his insider sources at Apple, has also piped in to describe this as “a good look at the notch” of the upcoming iPhone.

With iPhone rumors now coalescing around this minimal-bezel design, reminiscent of the LG G6 and Samsung Galaxy S8, and Google Pixel rumors showing big and mighty bezels at the top and bottom of the phone, the Apple versus Google conflict this fall could come down to a battle of the bezels.
source by:-theverge
Share: